"It's not the tragedies that define our lives, but the choices we make to face them" 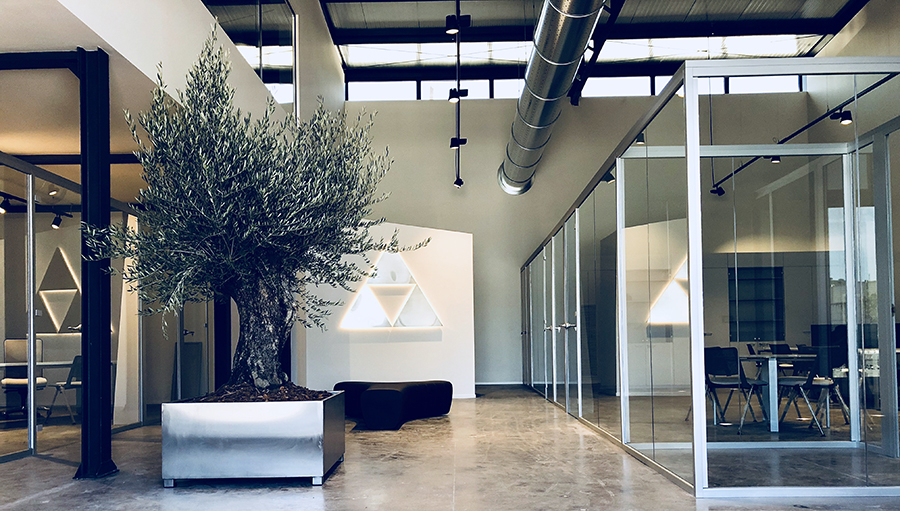 An all-Italian excellence: interview with Francesco Di Florio of Adriamed

A story that starts from afar, an Italian excellence that started as a family business and has evolved over time to become a nationally and internationally recognized reality.

After the recent entry into the Delta Med Group, we interviewed Francesco Di Florio, CEO of Adriamed, who told us how the company was born and how it has developed, but also organization, values and future goals. Here are his words.

How was Adriamed born and how has it evolved over time?

Adriamed was born from an entrepreneurial intuition of my father, Armando. He had already worked for almost twenty years in the medical sector in northern Italy and in the eighties he decided, against the trend, to return to Abruzzo and invest everything he had, the skills he learned and his contacts, in something that was his own and was in his homeland.

He prepared the ground and in 1990 Adriamed was founded right where he was born, in Tocco da Casauria. Initially the company specialized in the production of PVC infusion bags for the administration of solutions, a field on which my father had done a lot of research over the years.

Then we specialized in everything that was complementary and necessary to the infusion bag, therefore the infusion line and, in particular, in the production of infusion sets. Those were prosperous and busy years. When, towards the end of the nineties, the domestic market began to suffer the effects of competition from products made in China and their prices, my father had the foresight to respond with greater specialization and an even more focused quality orientation. Those were the years in which Adriamed, with the support of other professionals, pursued several patents in the field of disposable ophthalmology. Ahead of its time, the company obtained the first ISO 9002 and UNI CEI EN 46002 certifications and also the first CE Certificate. We have acquired all the ISO quality certifications in the 2000s and have never abandoned the production of medical infusion devices. 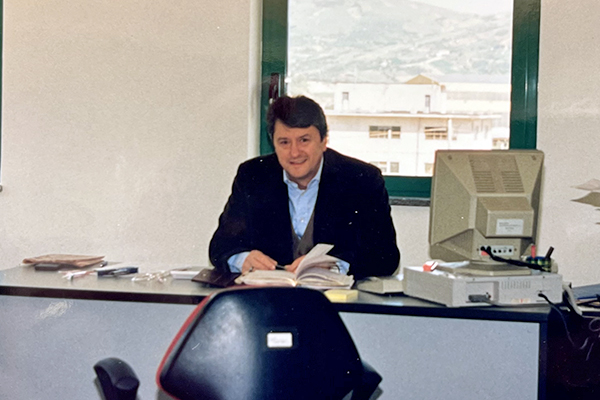 In 2005 there was a further turning point with the birth of the ETO sterilization center. We were a growing reality, with 500 square meters of controlled contamination clean rooms for production and about fifteen employees. We entered the international market between 2014 and 2015, when we took a further leap forward by patenting the Easyflow elastomeric infusion system. The innovative product that we have developed was very popular, we began to market it in various European countries by entering into an agreement with an important multinational in the sector and gradually we began to register the medical device in other countries outside Europe. Today we are present throughout Europe, in the countries of North Africa and the United Arab Emirates, in Turkey, in China, in Singapore, in Thailand, Indonesia and Malaysia, in Russia, in Brazil...

In 2019 we expanded our production facilities and staff. Today we are a consolidated reality in the production of disposable medical devices and elastomeric pump specialists, we own a second plant with another 1,500 square meters of clean rooms dedicated to production and the family has expanded to almost 100 employees.

A few months ago, then, another leap forward with the merger into the Delta Med group.

Tell us about yourself: your role in Adriamed, values ​​and mission in daily work

Adriamed is practically my second home: I was 10 when my father started the company, I practically grew up within these walls.

I started from the bottom, I spent my time in each department and learned the various aspects of the job firsthand, starting from preparing the cartons for packaging (sometimes, when I have some time, I still do it!). I think this is one of the most important values ​​of my daily work: I believe that everything must be done with humility and dedication, that everything needs the right time and constant application, so that it grows with the necessary structure to sustain itself over time and has a way to move in the right direction. 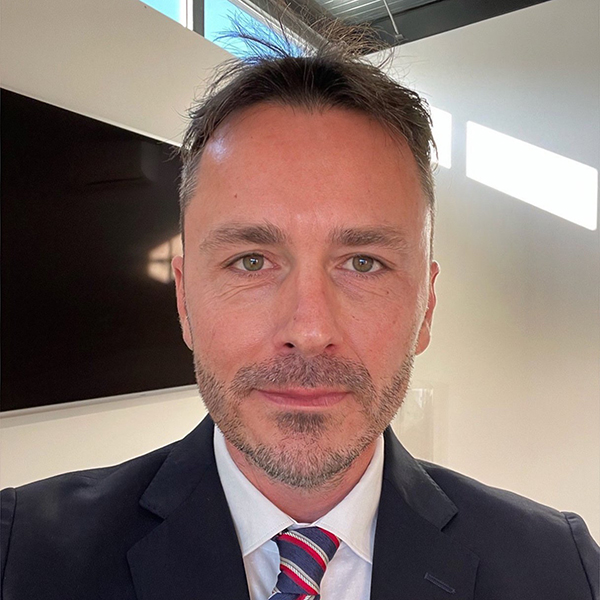 Today I am the company's CEO and Legal Representative. I worked and studied, I analyzed the markets, needs, competition and the economy. I've made mistakes and straightened up.

My daily mission is to give stability and perspective to what my father started. It is starting from this goal - as well as driven by personal curiosity and passion for engineering - that I worked to patent Easyflow. I always joke that it is my fourth child (I have three wonderful daughters) but it really is, it was one of the most important projects of my life.

Another thing that I consider fundamental in my daily work, then, is knowing how the people I work with are doing, following the progress of activities and moods, checking if there are any critical issues and resolving them. We must never forget that we are people.

What are Adriamed's main products and the added values ​​it offers?

In general, for all the products for which we have a CE and which we produce, the added value always comes from the more than thirty years of experience we have in the production of medical devices in plastic material: this gives us a really deep understanding of the product and processes.

We start from the processing of the raw material, that is from the extrusion of the components from the plastic granule up to continue with the entire production system (including injection molding) and assembly, to then arrive at the sterilization of the finished product and customer service. We are almost 100% autonomous: we also produce energy ourselves with photovoltaic panels. 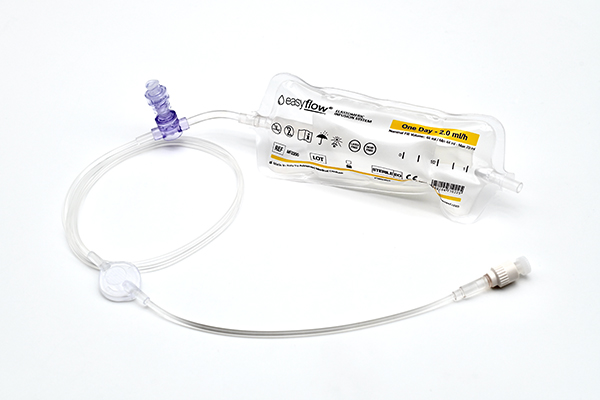 The elastomeric pump, on the other hand, is our flagship product, specifically the Easyflow. The widespread success is due to the fact that it differs from all other elastomeric systems on the market because it is totally soft, with no rigid parts. As always, we oriented ourselves to the needs of the patient, who was thus guaranteed discretion and mobility, which otherwise he or she would not have had. Another unique strength of this product, and which differentiates us from the competition, is the guarantee of quality and safety that we give on every single device that we put on the market. We have a unified control system of the delivery flow, and this gives us complete peace of mind about the performance of the device.

How many people make up the team and what are the different skills?

We are currently twelve. We have a department dedicated to the Quality Management System composed of the Regulatory and Quality Assurance offices with Nico Di Florio (my brother, who is the Person Responsible for Regulatory Compliance as well as the legal person of the company), Annalisa D'Ascanio, Isabella Di Francesco and Mirco Placido. Then there is the part of Administration, Accounting and Finance with Cinzia Di Paola, Chiara Terzini and Sabrina Filippini. The part of Warehouse, Logistics and Purchasing, with Mauro De Lutiis and Luigi Ruffo. Then there is Maddalena Forcione who is my Executive Assistant. And my father Armando as an ever-vigilant presence and point of reference.

How has the sector changed in a few years and how has the company responded?

The medical sector has changed a lot: beyond the hyperspecialization of today's market and the pursuit of innovation and technological development, which I believe are still physiological and necessary aspects. The greatest change has been seen in the regulatory and normative part of this sector. The medical sector has always been highly controlled, but today we have reached hyper-regulation.

All of us medical device manufacturers are dealing with the long-term EU regulatory framework governing market access in the European Union, specifically the MDR, the Medical Devices Regulation, which will replace the current directive (93/42/EEC) and the Active implantable medical devices (90/385/EEC). We are in the middle of the transition phase and the requests for adjustments are very high. We are responding more than well, the path to obtaining the new certifications is underway and we have had to field new support professionals and considerable resources.

Upgrading and innovation: how important are they for Adriamed?

They are very important and are one of the aspects we focus on most. In such a delicate sector as ours, where human health is at the forefront, it is essential to study new possibilities for the development of medical devices and new process control systems.

Investment in research and innovation is physiological for a company like ours, especially in the current technological era. We have obtained several patents over time, the last one just recently, on elastomeric infusion systems.

What certifications can the company rely on?

I try to make a list of the main ones. The certifications related to the Quality Management System (UNI EN ISO 9001:2015, EN ISO 13485:2016), the declaration of compliance with ISO 11135:2020 standard for the Ethylene Oxide sterilization process and the certifications related to biological tests performed during the sterilization process (UNI EN ISO 11138-1:2017, UNI EN ISO 11138-2:2017). We have also already planned the activities for obtaining the ISO14001 environmental certification.

What are the future goals, after the recent entry into the Delta Med group?

The primary goal remains to ensure growth perspective for the company without losing solidity. Many of the things I mentioned, such as ongoing regulatory changes, the desire to reach new markets, develop new products, obtain new certifications, require a highly organized structure and ample human and economic resources. Adriamed was born and has been a family business that has built and defined its identity over 35 years of history, managing to grow and prosper even through the tool of change. Today, the dimension we have reached of national and international excellence requires us to change again, to improve and continue the growth we have undertaken, and it is from this that comes the shared decision to join the Delta Med group. We will have important synergies, as well as a strategic complementarity of products. We have great challenges on the horizon, such as market penetration in the US, Canada and South America. 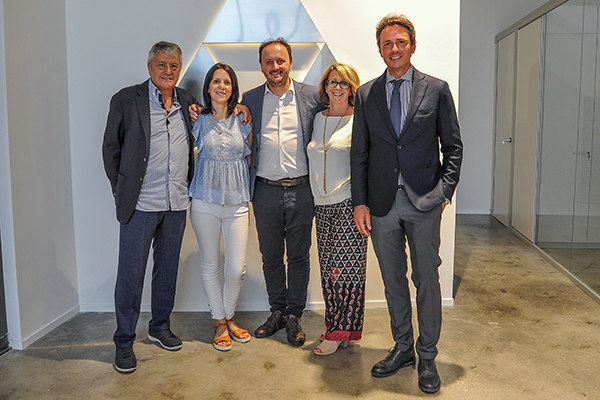 In this page you can find all the latest news about Delta Med medical devices, product catalog updates and official press releases of the company. Would you like to receive all the latest information about us? Subscribe to our newsletter by filling out the appropriate form.